November 05, 2019
My teen challenged me to a game of ping pong. Easy enough, one might think, but this particular teen has been playing for YEARS against GOOD players (my mother-in-law is a champ!). Not to mention his muscles are twice the size of mine and he's a least - dare I admit this - a solid three inches taller than I, probably four. He was so sweet when he asked, and I couldn't remember the last time he had, so of course I said yes.

From the beginning he knew he could beat me. He is stronger, faster,  *sigh* taller, and more skilled. So he, sweet thang that he is, played with his weaker hand, which honestly isn't saying much because the boy is straight up ambidextrous.

He was still beating me.

So he got on his knees.

I kid you not. He put one hand behind his back and he. played. on. his. knees.

Aaaaaaaaaand he still beat me.

It probably didn't help that I was laugh/crying the entire time. He thinks it was because I was having the time of my life, and I WAS! But really, I was just one tiny step above keeping my cool. I just kept focusing on this man child, laughing, enjoying the moment, being the same height he is in my memories of his toddler-hood. I was laughing in the joy and fun, for sure, but I was absolutely caught up in the reality of how INSANELY fast it all went by. How he went from being yea high, babbling nonsense I would so desperately try to understand - to this young man. Stronger, faster, taller.

And still babbling nonsense I so desperately try to understand.

Do you know about "VSCO girls"?   Mmhmmm, you read that right.

If you have a tween or teen in your house then probably have heard about 'em. They they say stuff like ""Sksksksksk. And I oop." and so on. How these things become THINGS is beyond me, but that's where we're at, people. We are in the midst of teens who are photo fanatics, checkered Vans wearing, save the turtles screaming, scrunchy wrist wearing, smart phone obsessing TEENS.  They're having midlife crisis's at the age of 15. They post and delete posts like its their job. They make fun of people like ME who have, I've been told, TOO MANY Instagram pictures. To which I say...

I'VE BEEN POSTING PICS ON INSTA SINCE BEFORE YOU COULD PULL UP YOUR OWN PANTS, you teen, so just sit down, drink your Hydro Flax water and chill already. Geesh.

I don't envy teens today (says every parent of a teenager everywhere). My parents didn't envy my awesome teen self, and their parents didn't envy them. Why? Because being a teenager is HARD. Period. There is SO MUCH JUNK to sift through. And every generation gets undeniably harder. When my parents were teens they had their own lingo, and when I was a teen we had ours too. Present day teens have gone an invented another language we have to try to learn now.

But if we didn't care, we wouldn't try.

I try because I see the struggle, the miscommunication, the fear and disappointment, the challenges, and the language barrier. I feel the frustration in the moments we are talking and I'm just nodding like I get it, but I don't get it, and he knows I don't get it, but I'm still there, listening, paying close attention, mmmmhhhmmm-ing, squinting my eyes, trying. Did you know that "sick" is a good thing? And "flexing" has nothing to do with muscles? "Leave on Read" is text-speak for "Don't reply to this message." Do you know their language?

There are some similarities between teens and toddlers, no? They both make interesting fashion choices. They both leave a trail of stuff behind them everywhere they go (it used to be Lego's and Matchbox cars, now its socks, backpacks and half-empty water glasses). They both think potty talk is hilarious. But I think the biggest similarity is this: they both desperately want to do everything on their own but still absolutely require help.

Sometimes it feels like we're kinda back where we were 12 years ago. Him, "I can do it myself!" Me, "But I'm here to help you."

My teen doesn't ONLY require my help, he offers it too. Like when he saved me $$$ by showing me how my "definitely broken" iPhone wasn't broken at all. Or when he explains things to me for the umpteenth time because he knows it takes me awhile to understand (and remember). Or when he plays ping pong on his knees just to make the game remotely fair. And that's when I see him, not a little kid, but a young man.

I'm going to let you in on a little secret. I don't really know where I'm going with this! I've tried to wrap this post up for days now and I'm not sure how because I still feel new here, in Teenagerland. Most of the time it's pretty rad. My teen and preteen aren't raging lunatics, as some might portray teens to be. They say weird things and make weird noises and I nod and smile (then google it later) but for the most part we can talk and it's good. We've definitely had some "WELCOME TO TEENAGERLAND!!!" times tho, if you know what I mean. But we prayed, we sought wise counsel, we stuck together and we got through it, and it won't be the last time, we know that (we're not THAT green).

I guess the point of this post (other than the obvious "soak it up, it all goes by so fast" theme) is this: This side of Heaven there will never be complete understanding, but keep trying to learn the language. God's word is a wealth of wisdom on interpreting these years, believe it or not. In fact, many, SO MANY, verses talk about how we talk with others. No better way to end a blog post than God's word, right?

1 Timothy 4:12 is talking specifically to the younger peeps;

"Don't let anyone look down on you because you are young, but set an example for the believers in speech, in conduct, in love, in faith and in purity."

And another verse, to encourage us parents...

"Even youths grow tired and weary, and young men stumble and fall;
but those who hope in the LORD will renew their strength. They will soar on wings like eagles; they will run and not grow weary, they will walk and not be faint."
Isaiah 40:29-31

Unknown said…
Welcome back! What insight you have and it needs to be said and shared! Love it and I know many young moms out there will hang on your words cause maybe they aren’t “there” at this point, but if they have young children and Jesus doesn’t return or call them home, they WILL BE moms (and dads) of teens.
10:05 PM

danp said…
Super cool! Glad you got a blog posted after forever 😊
1:45 PM

Popular posts from this blog 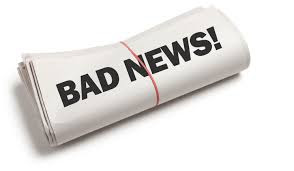 It seems there is a breaking news story being told daily which has my head shaking, and no story had my blood boiling more than what took place in New York last week. I read the news that morning and went on to spend WAY TOO MUCH time reading article after article and listening to commentaries on the subject. Eventually, I planted myself on the worst of all news sources, Social Media. I was obsessed. I scrolled, and clicked, and liked, and disliked my way through all the posts, all the comments, all the news clips aimed right at people like me.

Soon enough, I knew I needed to join the ranks. People needed to know how Sarah Fitzpatrick felt about this matter. SOMEONE MIGHT READ MY POST AND BE CHANGED!

Shockingly, no one was changed.

A day or so went by and I took the post down, but not because I wasn't changing any lives, though I clearly was…
Read more 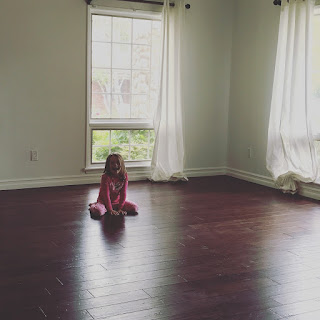 Well, I suppose, after three weeks, it would behoove me to write down some thoughts about THE MOVE.

(Behoove is one of the coolest words ever, and we should all work together to bring it back into daily use.)

Back in late April, we loaded up a Pod - in order to make our house in CA appear clutter-free, and on May 14th Mark and our oldest kid drove to our new home in Eagle, ID where said Pod eagerly awaited them. This was a grand idea because the two of them were tasked with all the duties that come with moving into a new house - making beds, setting up the kitchen, making sure all the water and plumbing and INTERNET are running properly - I was a big fan of this plan from the getgo. :)

On the flipside, this left me with all the "final days" duties, (which stink, FYI). Boxing up the house turned from color-coded tape, with coordinating Sharpies, to "just put it in a box!" reeeeeal quick. If not for my insanely awesome, hardworking, task loving, A-type personality be…
Read more